Is Hollywood Getting it Right? 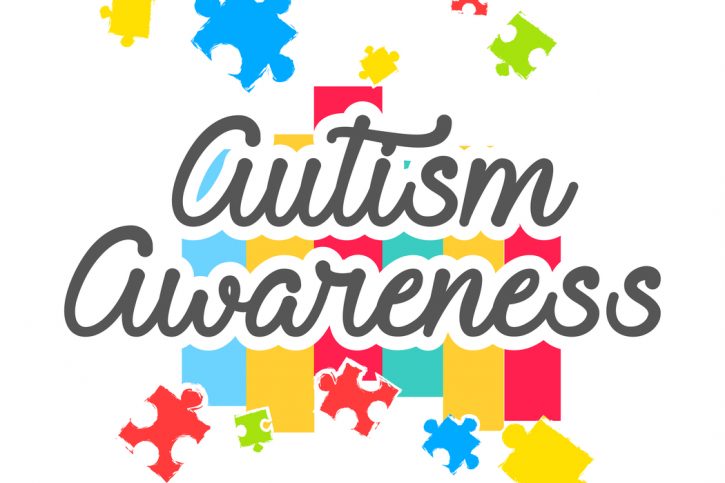 It’s April already! Did you know that April is Autism Awareness Month? Not Autism Information month, or How to Live with Autism month, but Awareness month. The Autism Society, established in Bethesda Maryland in 1964 as a leading source of information, research, and reference on the autism spectrum began a nationwide campaign to increase public awareness in the early 1970’s. This awareness campaign was adopted by Congress in 1984 and eventually led to the adoption of the autism ribbon, which today is a recognized symbol of ASD unity and support. It sports a puzzle pattern reflecting the complexity of ASD and emboldened by bright colors and shapes representing the diversity of the people and families whose lives are touched by this diagnosis.

In the 1970’s there were very few references to ASD in the national news, conversation or culture. The first depiction of ASD in recent memory was in the 1988 movie Rain Main, where Dustin Hoffman depicted an autistic person with “savant” traits or extraordinary abilities. Not a bad first impression to the public, but in actuality only a characteristic of approximately 10% of people with autism.  Today’s focus on awareness is to reflect our own family’s or neighbor’s experience with autism, to take it out of the realm of extra-ordinary and place it squarely in the middle of everyday life. Families with children on the autism spectrum have the same joys, dreams and challenges as any other family, but they also experience more than their fair share of judgement, swiftly doled out when someone else’s expectation of behavior is different from the reality in front of them.

So, here’s where awareness is beneficial.  When we have honest representation of what it takes to walk in someone else’s shoes, to have a look behind the curtain, we are more likely to give a hand rather than a stare, and to give a break, rather than an eye roll. Autism is a puzzle, it is complex and it can be very different from family to family.  May I suggest that we increase our own awareness, be an ambassador if you have the experience, and be mindful that we are literally all doing the best we can in any moment.

We found some of Hollywood’s more nuanced depictions of persons and families with autism in their lives. Here’s something to do if it keeps raining.

Sesame Street (from 2017)
Julia is a great artist and can flap her arms like a butterfly. She does not always respond to people when they direct a question toward her, but she does like to sing and play. She does not like loud noises, like sirens. Elmo and Abby Cadabby are her new friends on Sesame Street.

Temple Grandin
When the now-famous autistic animal science professor Temple Grandin was growing up in the 1950s, autism research was still in its infancy. As HBO’s 2010 Emmy Award-winning biopic starring Claire Danes shows, Grandin’s public disclosure of her life in speeches and her 1996 book Thinking in Pictures helped to bring greater public awareness to the disorder—and show that people with it can succeed professionally and intellectually in part because they “think different,” as Grandin herself puts it.

Atypical
This heartfelt comedy follows Sam, a teenager on the autism spectrum, who has decided he is ready for romance. In order to start dating — and hopefully find love — Sam will need to be more independent, which also sends his mother (Jennifer Jason Leigh) on her own life-changing path. She and the rest of Sam’s family, including a scrappy sister and a father seeking a better understanding of his son, must adjust to change and explore what it means to be “normal.” The series is created and written by Robia Rashid and Academy Award-winning producer Seth Gordon.

Life, Animated
Owen Suskind’s connection to The Lion King runs deeper than most—memorizing lines from it and other Disney animated moved helped this ’90s kid, who has regressive autism and was speechless until age three, learn how to speak. This year’s documentary Life, Animated, based off of a book by Suskind’s father, traces the now 23-year-old Owen’s life from his family’s discovery of this unique treatment to crucial transitional moments in any life, but especially for autistic adults—including high school graduation and moving away from home.

The Family Next Door
Film director Barry Reese hatched the idea for this 2014 documentary when he first saw a family friend’s autistic son gets ready for his day as he usually does—by walking in circles. The resulting film documents the day-to-day life of that child’s family, the Pittsburgh-based Lunds, who have two autistic sons, one high-functioning and one non-verbal, and two neurotypical daughters. “The number-one aim really was to create more awareness about the emotions surrounding autism,” Reese, who filmed the Lunds for 16 months, told the Pittsburgh Post-Gazette in 2014.

Autism in Love
Are autistic people capable of feeling empathy? In agreement with the social-science research, this 2015 PBS documentary pushed against the erroneous stereotype of autistic people as cold and uncaring through three separate but intertwined tales of autistic couples in romantic relationships. With storylines that focus on heartbreak, caretaking, and the hard work that goes into making a marriage work, Autism in Love highlights some familiar themes. “The main gist of the film is that they’re just like you and me,” Potts says.

Parenthood (2010-2015)
At the beginning of this series, Max Braverman is 9 years old. As the series unfolds, we learn that he has Asperger Syndrome. We watch as Max’s parents tell him about it for the first time. We also see Max struggle with friendships and socialization. His parents eventually create an entire school for Max and kids like him.

Arthur (from 2010)
Carl has Asperger Syndrome. He knows lots of facts about trains, and also loves jigsaw puzzles. He is a great artist and can draw pictures with great accuracy. He gets anxious around new situations and likes certain routines. He will only drink juice out of a box, and not from a bottle.

Power Rangers Movie (2017)
Bill, the Blue Power Ranger, is portrayed as an “autistic savant.” Autistic savants possess heightened cognitive abilities in math, memory, visual art and music. His expertise is technology. He always speaks his innermost thoughts out loud and goes off on conversational tangents.

Dinosaur Train
Dennis is very knowledgeable about all kinds of dinosaurs. He has trouble making friends.